Today I’ve stumbled into Deepak Chopra’s article “Religion’s Greatest Enemy?”.
I have already stated in one of my articles that God’s greatest enemy is the religious crowd.
Now, Deepak’s question depends on how do you define “Religion”.

Well, humans twisted the meaning of “Religion”, changing it from “Truth about God” to “Belief about God”.
An average intellect will see the difference, but the crowd is always below the average.
The leaders too.
Well, most of them.
The rest are average.
But God is not for the average…
If He was, then the average wouldn’t need law for not insulting parents, for not killing people, for washing your hands, for having day about God (one only day(!) ), for loving your neighbor, for not killing your children…
Why do you think the average had to have those laws?
To stop them from doing all this of course.

The law comes after the sin.
If the average doesn’t kill, no law about killing will be issued.

So, God is not for the average.

By the way, should I not use the “God” word.
Am I insulting some one who believes that there is no God.
Should I say that God is for everybody (not detached from the average)?
Must I mention Jesus Who said “don’t even think of killing”, or should I mention Mohammad who said “kill by my rules”?
Or perhaps Buddha or Laozi or any of those which you KNOW?

Spirituality?
What is it?
Is Spirituality information from the books and your ability to agree, disagree, comment and draw conclusions on it?

I’ll tell you how humans judge the Truth – they do it with the interpretation of the information they have from the books.
And because humans are CLEVER (all of them) they think that the more they read, the crosser they come to the Truth.

No, my friends.
The truth is not in the Bible, in the Koran, in the words of the Prophets, Gods, non-gods, Buddhas or whoever and whatever you think off.

The Truth is in the cookie but only after you take a bite from it.
Otherwise the cookie is tasteless.

Read millions of books about the taste of the cookie and you will NOT KNOW it.
The taste is known in the mouth (in you).
A wise man had said that the Truth is in you, and you believed him without understanding the wisdom.
I suppose that the wise man did not mentioned the cookie, or you did not hear the end of the wisdom (you are always in a hurry).

So, who can be the greatest enemy of the cookie taste?
Is there enemy who is stopping you from not having the taste?
Who stops you from reaching God and have a bite from Him?
I suppose you could say that the religion does it, but what the religion has to do with the taste in your mouth?
I’d say, a lot.
The religion is an expression of the sorrow-bitter taste of humans souls.

Let me tell you another wisdom.
The taste in the cookie is always the same.
But the taste in your mouth eating one and the same cookie can be very different.
The taste depends on many things.
Although it is the same in the cookie, the taste in your mouth will depend on the food you ate before, on your health (blocked nose, damaged perceptions…), on the environment (noisy, smelly, dark, light, battle field, home comfort…) and on many other things.

Don’t ask why different Prophets gave different INFORMATION about the taste.
They had it differently.

Which one is the closest to the Truth about the Taste?
Look at the Prophets explanations.
In what they do not deffer?
In Love.

And now we come to the evergreen question:
How to find the cookie?
The answer is very simple – if you want to taste the Love what do you do? – you Love.

Now, I can not tell you what Love is.
I can give you some information about it, but the taste is in the cookie.

I heard Deepak being interviewed on speaking of faith radio show and was very impressed.

Well, I wish you at least one cookie bite, Paul 😉 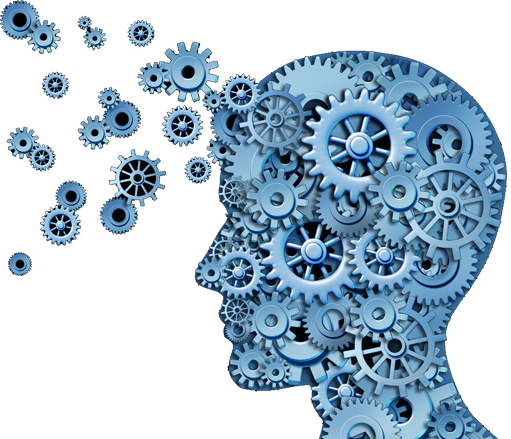 Bertrand Russell – how knowledge is created, who creates it, and where logic stays in it

“Can human beings know anything, and if so, what and how? This question is really the most essentially philosophical of all questions.” – Bertrand Russell Not being offensive to Bertrand Russell’s logic I’d like to mark Read more…

The Concept An existence is claimed only after observation. Contrary to all philosophical claims and dictionary definitions, Existence is state of presence in an observation. The mind changes the concept by applying “existence” to the Read more…

The main problem in understanding the concept “Awareness beforehand” is: the mind do not pay attention to the fact that it works with meanings and concepts created after the observation. Once an existence was registered Read more…